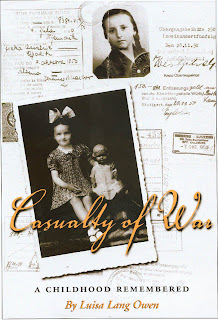 "Divided after World War I, the province parceled out to Hungary, Yugoslavia, and Romania, life in the village remained the same. Without moving, we changed countries. . ."

Luisa Lang Owen, author of Casualty of War: A Childhood Remembered (TAMU Press, 2002), was nine years old when she was deported from her village home and sent to live in a concentration camp ─ a victim of the mid-'40s ethnic cleansing in Communist Romania and Yugoslavia.

Part of an ethnic German minority, a Danube Swabian, Owen shared experiences similar to those depicted by novelist, poet, and essayist Herta Müller. winner of the 2009 Nobel Prize in Literature. 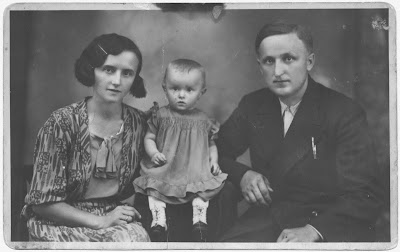 Owen's first portrait with her parents, 1936.

"Reading Nadirs, I was struck, but not surprised, by the depiction of the same events in village life, which I describe in Casualty of War. Such events were, after all, characteristic of village life in Banat for generations.

Divided after World War I, the province parceled out to Hungary, Yugoslavia, and Romania, life in the village remained the same. Without moving, we changed countries. We did not change our way of life. We, Danube Shwabians, kept our customs, our rituals, our culture, as well as our language, loyal to our ethnic group, being loyal to the respective countries to which we belonged. Though our relatives across the border may have been inaccessible to us at times, we remained united by a way of life shared in common. In the twenty some years of this division, life in the village, in three different countries, did not change. 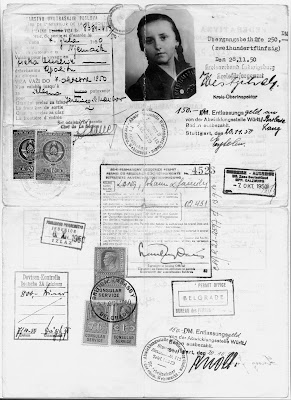 The almost twenty years between Ms. Müller's birth (1953) and mine (1935), yielded an overwhelming change, effecting the village and the perception it offered. The village I had experienced as a child, was inaccessible to the child in Nadirs. In my memoir, I celebrate the perception the village offered when it was whole and alive: I hold up its image as home, a place that offers a sense of belonging.

I mourn the loss of the village. Ms. Müller does not know this loss. The child in Nadirs only knows the lost village. Repelled by life in the village, the child's perception, honed by fear, tuned to darkness and death, devastatingly beautiful in the truth it offers, reveals a desolate world. The view to the integral village obscured, the child sees the confining carcass of a once-alive thing, now dead. The two views of the village put next to one another, expose an irrevocable loss. The oppression and the repression arising from it, alters the village, the perception it offers, effecting the inner life of the child, sealing the fate of a way of life.

Although the ethnic Germans in Romania were dispossessed, some, like those in Yugoslavia, taken to Russia, some resettled within the country, most were left to live at home in villages and cities, separated from their way of life, witnessing its disintegration in slow motion, enduring the effects of the persecution over time. Herta Müller depicts this journey in poetic prose, forcing the darkness into light: the persecution continues, she says.

Ethnic Germans in Yugoslavia were disowned, dispossessed, taken from their homes, all in quick succession, put into concentration camps to die, dying by the thousands, dying slowly, women, children, and the old (1945-1948). As survivor, I bear witness." 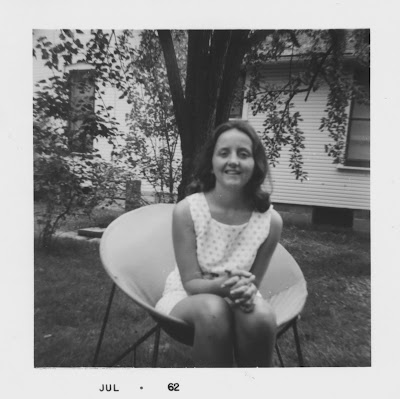 Owen at home in Yellow Springs, Ohio, 1962, photographed by her son Erik when he was four years old.

Posted by Texas A&M University Press at 9:49 AM