Loren Steffy’s publishing relationship with Texas A&M University Press began with his late father J. Richard Steffy – an electrician and shipmodeling enthusiast with no formal education, who ultimately changed the emerging field of nautical archaeology in the 1970s.

Here, as we celebrate University Press Week the Houston Chronicle business columnist and author of The Man Who Thought Like a Ship, describes his personal journey as an author with Texas A&M University Press. 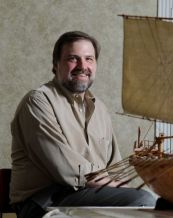 My career as an author began with a smirk.


I was having dinner with one of my father's former colleagues, and he asked if I had considered writing a book about my father's amazing journey from a small town electrician with no formal college training to the world's foremost authority on ancient ships.
I told him I thought it was a great story, but outside of the field of nautical archaeology, my father was an unknown. Who, I asked, would publish such a story? He replied with a wry grin but he said nothing.

The next day I got an email from an editor at the Texas A&M University Press. She said she'd heard “through the grapevine” that I might be interested in writing a book about my father. If so, the press would love to publish it.

Now it was my turn to grin. Many years before, when I was still in high school, I told my father I intended to be a writer someday. He told me when I had something I thought was good enough, I should let him know. His contacts at the A&M Press would be able to help me get published.

My father developed a long-running relationship with the Press during an academic career that took him from non-degreed lecturer to MacArthur Foundation fellow to emeritus professor. He wrote two books for the Press and contributed to numerous others.

I quickly realized there was no better home for my book. The editors knew my father's work, which was a huge advantage. My father rebuilt ancient ships that had been rotting on the bottom of the sea for centuries. It's an arcane field, but one with which the editors were already familiar. I didn’t have to explain, for example, that nautical archaeology was not treasure hunting or that my father had no interest in the Titanic or that he never searched for Noah’s Ark. 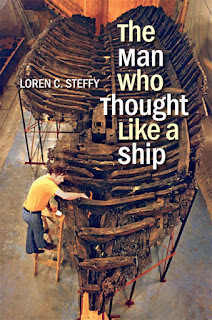 My book, The Man Who Thought Like a Ship, was published as part of an ongoing series of nautical archaeology books. The editors at the Press not only understood the field, they knew how to target the marketing for the book – what associations to approach, when key conferences were held.

After the book was published, my father's smirking colleague told me how happy he was it had all worked out. It was, he said, the perfect fit. I couldn't agree more.

As if to underscore that point, the book's publication prompted an important discovery. My father got into nautical archaeology as a hobby. He built models of ancient ships using techniques that would later become the basis for his research methods.

I wrote about one of his earliest models, an Egyptian ship, in the book, but I never knew what happened to it. I discovered some letters in my research that indicated it may have been donated to a museum in Philadelphia and later discarded.

After the book was published, I was contacted by a woman in Philadelphia who'd worked with my father years ago. She offered to check with museums in the area to see if the model might still exist. 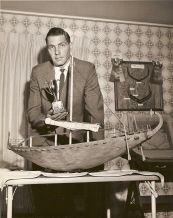 A few days later she called to say it was sitting in a storeroom, where it had been for almost 50 years. The museum had been unsure what to do with it. I arranged to travel to Philadelphia, pick up the model, and return it to Institute of Nautical Archaeology at Texas A&M. Beginning in the spring of 2013, it will be used to help students, who still study my father's work, better understand how he developed his methods.

Without the publication of the book, this rare find – one of only four of my father's models that still exist – might have been lost forever.

The value of a university press, like an ancient shipwreck, can't be measured in dollars or commercial success. Commercial publishers may deal in popular books, in books that can make money. University presses specialize in the books that need to be published – important stories that might otherwise never be told. 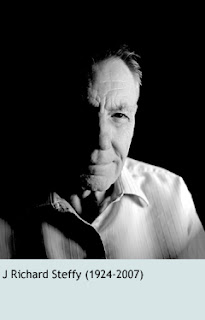 My father's story is one of scientific discovery, but it is far more than that. It's the story of a man who dared to pursue his dreams. It's a tale of perseverance, of failure, of heartbreak and of achievement. It is, in other words, a human story. Without a university press, it never would have been told.