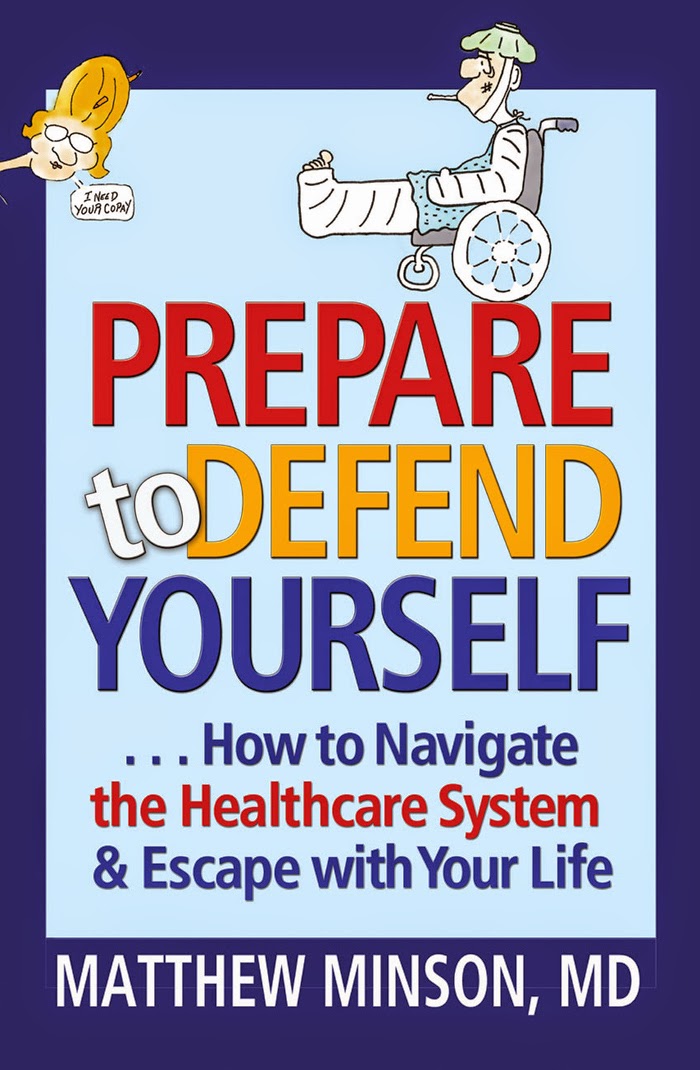 
Minson is the Senior Advisor for Health Affairs at the Texas Engineering Extension Service and is Adjunct Assistant Professor of Health Policy Management in the School of Rural Public Health at the Texas A&M Health Science Center. As medical director for Texas Task Force One, a FEMA and State of Texas urban search and rescue team, he has been deployed to numerous disaster sites, such as the World Trade Center on September 11, 2001, the Columbia space shuttle recovery, and Hurricanes Katrina and Rita. 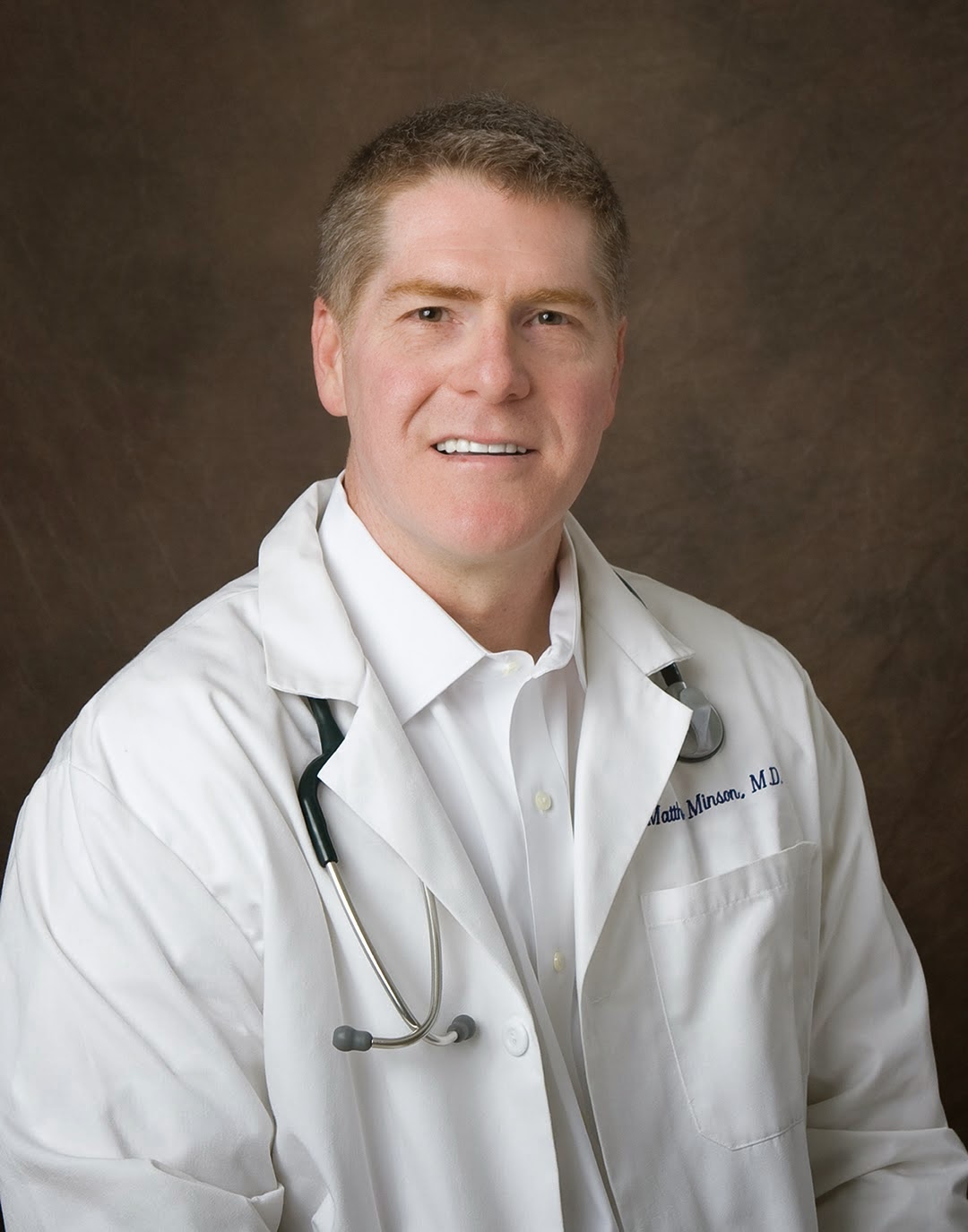 Texas A&M University Press: Your first book is essentially a patient's survival guide to 21st century healthcare. How does the message of this book align with the mission of the Texas A&M School of Public Health?


Minson: I think ideally. If you consider the core principles of health, which really is a state of being determined by: a person's genetics and biology, their behaviors, their physical environment, their mental and psychological environment, and access to healthcare, then the mission of the School of Public Health aligns perfectly.  My colleagues at the TAMU SPH are really impressive professionals that are not just committed to the development of students and other public health professionals, but who also are committed to the promotion of global health.


Press: How did this book project and series first come about?


Minson: Well, it certainly wasn't planned. I really wrote it, stemming from a sense of outrage and alarm. I had a rapid sequence of experiences in a—generally, very good-- healthcare system that illustrated an extraordinary need for some  healthcare consumer advocacy.


First I was confronted by a clerical person indicating that I had a balance due, which turned out to be an issue with their billing and accounting software. I am fairly informed, so I questioned it, and so was not out some money.


Right on the heels of that, however, I saw an older woman, who obviously was not wealthy, about to make a choice between paying "her balance", which she really did not owe, and being able to pay for food. I spoke to the clinic administrator about it and was told, rather dismissively, that I could "write a letter if I wanted". It didn't sit quite right with me and when my wife was almost a victim of three successive and nearly fatal medical mistakes a few weeks later, that did it. I thought, I can do a lot better than just writing a letter. I wrote a book.


Press:  In 2014, the Association of American University Presses is emphasizing collaboration. In what ways was this book the fruit of a collaborative effort and how is this of benefit to readers?


Minson: I had a fantastic editor. Actually I had several. As I referenced earlier, I had the conecpt and the text, but the generation of the book was truly a collaborative effort with a great group at TAMU Press.  This is not just cheerleading.


I am kind of a tough critic of efficiency and effectiveness, in general. In another couple of years I will probably qualify for the title of curmudgeon, but these folks were amazing.


My principle editor, Dr. Gastel, recommended the cartoons and pointed out that my indulgences of anecdote and humor actually balanced the heavy, often daunting, subject matter of trying to stay alive and healthy in a sometimes daunting healthcare system. It was a great suggestion, and I think it helped make the book. As it turned out, I had written an online cartoon when I was a government employee--it saved my sanity, as you might imagine--so it lightened the book, and, I think, really made it.


Once it was in production, I found the editorial staff, the marketing group, and expertise I found at Texas A&M University Press to be really creative and gifted and-- as a first time author in this type of writing--really quite supportive and kind. Now, when the book is recognized or receives some kind of praise, I actually respond by saying, “we are really pleased.” I am really glad to get to explain that because I am sure there are a few people out there that thought I was just channeling Queen Victoria.


Press: In your various roles, is there a specific element of "navigating the healthcare system" that you find confuses patients most? What is it, and how do you address it in the book?


Minson: Probably not just one element. Certainly the billing convolution baffles everyone. I really think the most dangerous part falls under with the medication interaction and medical mistake categories.


I mean, in my case, I nearly lost my wife Kelli for the stupidest reasons. I mean really fundamental mistakes would have at least put her in the ICU and could have killed her. That is pretty sobering. I think the most basic problem here is really all about communication. The way healthcare providers are trained to process information, the economic pressures to more quickly process patients reducing time spent in consultation, and the political and social trends in healthcare from provider compensation and evaluation just exacerbate the problem of communication. Communication errors lead to misdiagnosis, dissatisfaction, mistakes, and a lot more.


My effort with the book was to change some of that or at least help the public be their own informed advocate or an informed advocate for their loved ones. The feedback I have gotten and the success of the book, I think, speaks to that. It's really gratifying that it hit the mark with people, but it also validates my initial concerns. I also get a kick out of the fact that they seem to like the cartoons. The really bizarre thing about that is that I was at a hospital the other day and saw one of them tacked up in the nurse's lounge. I enjoyed seeing that.


Press: Prepare to Defend Yourself . . . How to Navigate the Healthcare System and Escape with Your Life is the first installment of a planned series. What's next?


Minson: So glad you asked. I am working on the next in the series, Prepare to Defend Yourself . . . How to Age Gracefully and Escape With Your Dignity. It really is about the promotion of health and the social dynamics of aging and what people can do to get through it with greater autonomy, control, and satisfaction.


Doing the research has been a real eye opener for me, and as one of the target audience myself, I was surprised at how many issues there are that can be addressed properly to improve the process of aging. I am really excited about it.


It's going to cover healthcare issues, sure, but it also delves into how to determine the progression of supportive needs as they apply to living arrangements--even architecture. There are also sections dedicated to social programs, exercise, diet, hydration, money, available financial resources, disability, and sex.


I decided on the construct of: Life, Liberty, and the Pursuit of Happiness.  Life covers the health issues as defined earlier. Liberty addresses financial resources, where there are services and funding available, and how to qualify if you need it. It is all about independence and autonomy for seniors.


Pursuit of Happiness goes into the quality of life stuff like sex and even death. Actually thinking of something dedicated to sex and death sounds a little like I am writing about bull fighting or something. I guess that is somewhat similar to the tumult of aging. Additionally, it will have all the cartoons and goofy stuff I like so I think it will be a lot of fun.


Press: What prompted you to take your book to a university press and to A&M Press in particular? ​


Minson: I actually really wanted a university press. Books like mine benefit from the discipline and goal orientation of a university press. This book was not about money or success in the conventional publishing sense. In fact it was stated that this was about public service. In fact, all my proceeds are going to health advocacy organizations. I didn 't think it would be right to profit from this. The press got that right away without me saying anything. The timing was perfect. The university's chancellor endorsed a concept of a combined health enterprise for TAMU, so the very spirit of the university system, the Health Science Center and the School of Public Health and the Press were aligned perfectly.
I have had great experiences with TAMU. It started with my involvement with disaster response as medical director for the search and rescue team, Texas Task Force One, and has progressed as the Senior Advisor for Health Affairs at the Engineering Extension Service, and then in the adjunct faculty position with the School of Public Health. It's a really great organization and the university press experience has been extremely gratifying.


University of Georgia Press: The press will expand on the New Georgia Encyclopedia partnership, which includes the Georgia Humanities Council, UGA libraries, GALILEO, and the Press. The NGE is the state’s award-winning, online only, multi-media reference work on the people, places, events, and institutions of Georgia.
Duke University Press: Press author Eben Kirksey will write about the collaboration at the intersection of anthropology and biology, including his own recent collection, “The Multispecies Salon.”


University of California Press: The press will feature authors Paul Farmer and Jim Yong Kim and the collaborative work they are doing to fight the Ebola epidemic in West Africa.
University of Virginia Press: The press blog will feature an account of a collaboration between the press and the Presidential Recordings Project at the Miller Center to create Chasing Shadows, a book on the origins of Watergate, with a special ebook and website, allowing readers to listen to the actual Oval Office conversations.


Posted by Texas A&M University Press at 8:40 AM