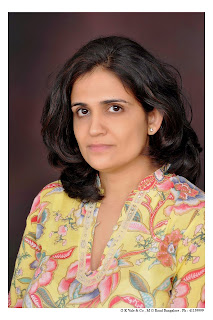 Crossing Black Waters (Stephen F. Austin University Press) by Athena Kashyap, is an exploration of borders through one family's personal odyssey from the violent upheaval of the Partition of India in 1947 to emigrating to the U.S. The book delves into the psychological impact of leaving behind a past that keeps "pulsating behind swinging shutters of thought" to recreate lives and identities anew, and searches for "home"--a "lonely room in the [my] mind," a "heartache" at the "end of rainbows," or else a fictitious "country," built around "hubs" of friendships forged over "glasses of wine and tandoori chicken." A key phrase is "I am knot"--the "not" of borrowed identity coupled with the idea that one cannot truly be separate and is "knotted" with the past for life.

Texas A&M Press: What was your inspiration for this book?

Kashyap: Writing the poems for this book, I found myself drawn to exploring my place in America, trying to carve out a niche for myself in a new country. As an immigrant, the process of fitting into your new environment is more deliberate as locals perceive you as an outsider, especially if you look and speak differently. You have to assimilate your own past and integrate it with the present reality of living in a different culture...this often involves a redefining of your identity (depending upon your age and your interest in assimilating of course). The beauty of living in the U.S., and especially San Francisco, is that there are many other immigrants so you are far from alone in this quest. My poems about Noe Valley, the neighborhood I lived in San Francisco, delve into my interactions with store keepers, cafe' owners as an immigrant and outsider, but one interested in finding her way into their lives.

I found myself also thinking about my family's migration during the partition of India into India and Pakistan in 1947 and juxtaposing these poems alongside those of my own migration. While the migrations were for different reasons--my family was forced to leave Lahore because of political reasons, while my own decision to come to the U.S. was a conscious choice to broaden my opportunities, in both cases there was a similar searching for the homes we left behind. Several of my poems explore what "home" might mean, even if it is just "a lonely room in the mind."

I am also interested in understanding more about borders of different kinds--national, between self and other, geographic, and also between life and death, and the poem and the page. My father's death at age thirty-nine, when I was nine years old, was a life-changing event, and a couple of poems in the book focus on loss--loss of a child, loss of a father. I investigate the boundaries between life versus death, and reality versus fantasy/myth/or art. A few of my poems also lie between poetry and prose, and some scatter words on the page, questioning the supremacy of line, blurring the traditional notion of poetry.

Lastly, the concept of "black waters," derived from the Indian notion of leaving what has always defined you to lose yourself in the unknown, fascinates me. Instead of the horror it invoked in the past, of losing your caste privileges and identity, I embrace this as a wonderful thing. Leaving home is as painful as breaking up with your first love, but as the world grows smaller, more and more people have more than one home and have been more than one person in their life-times. Piecing together who you were at different times and places and seeing a pattern emerge out of it is a new way of looking at your identity.

TAMU PRESS: Were there any specific figures, poets, or events that influenced your work?

Kashyap: I've always liked Whitman, though I have also been attracted to contemporary poets such as Rimbaud, Barbara Guest. I work a lot with sound, so I am drawn to lyric poetry. At the same time, I enjoy experimenting with the page as an artist's canvas, seeing how the placement of words might impact their meaning.

TAMU PRESS: What audience do you believe will benefit most from/be most interested in this book?

Kashyap: Anyone who lives or has lived in more than one country, for whom "home" has not remained constant.

Once she stepped outside, her skin
dissolved. She struggled to stay

afloat, but years distanced her
from the caress of the Ganges

that once swept her plains, hum
of her hidden Himalayan caves,

she grew weak. Yet, when
she was about to drown

webs of seed, teeth and hair
unraveled to release her,

let her float away, guided only
by loose, unkempt stars.
Posted by Texas A&M University Press at 10:34 AM